Lake Celeste: A small lake community founded in 1948 near Peekskill, NY, where I spent many happy summers.

A great deal of mythology grew up around the swimming area... the most important thing everyone needed to know was that you Didn't Go In The Muck. The muck contained all manner of unspeakables; dragons, ten-headed turtles, and the Lake Celeste Monster (an apparition which, as you got older, you tended to stop believing in -- until you saw it yourself. It's really a very old, very large turtle with a weird bump on its shell) to name a few. Real dangers lurked in the muck, too, notably leeches. The snake side didn't really have a name; you just didn't go there. It didn't have a mythology like the Muck's. 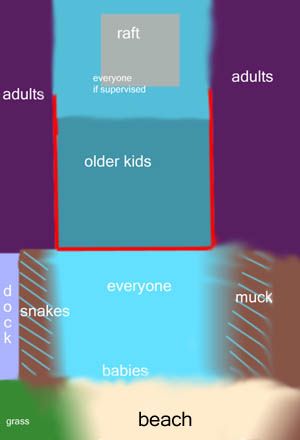 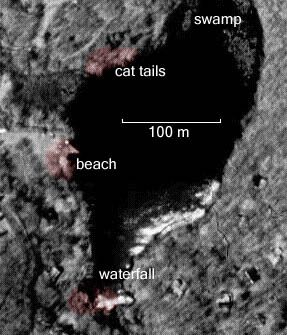 There were several "tests", administered by the adults:

The community was dying as I grew up; it was pretty much gone by the time I stopped going every summer, and the time when my grandma sold our house. I was one of the last to learn the culture, traditions, etc. that had been created from 1950-1980 by my mom's generation (my mom's family was one of the first to move into the community in the 1950s). I was very active in the Lake community as a kid, before age 12 or so.

If emus laid siege to my castle, how could I respond? Give both overall strategy and specific tactics. It is unlikely that emus would lay siege to a castle, as they are flightless birds native to Australia and are not known for aggressive behavior. However, if you find yourself in
Midjourney updated their model and it's incredible. Here's a bunch of images I've had it make over the last day.
We had to say goodbye today.